Andy De Leon, an overzealous amateur filmmaker, and his "dedicated" crew tries to make a film. The keyword being "tries."

A story about imagination meeting reality.

A new challenge to Tinted Ink as it was the first short we have ever made. The original script being good for six minutes. The crew was challenged to cut the script in to three minutes while retaining the overall story.

We mainly used a camcorder called the Panasonic hc-v770 for it is a great all around camera in terms of quality, stabilization and zoom. Only draw back is the smaller sensor compared to a DSLR camera. We utilized the camera's small size to be able to do certain angles without the use of any advance equipment.

The RODE mic has helped a lot in capturing dialogue in a focused radius. Not only did it retain the details we needed, but it has removed a lot of unwanted backup noise.

As we were pressed for time, especially the guy in charge of the music score, we had to make the movie first and pray that the score will be able to fit the movie well and it did.

We wanted to capture that moment in any filmmaker's life when they want to make movies, and think they made the ground-breaking masterpiece that will make Hollywood shake their heads. That's never true and it's all in their heads.

The crew making this film had to execute the visions of Andy's mind. So both the actor (Stefano Valerio) and the crew had to internalize the character of Andy as we did the film. 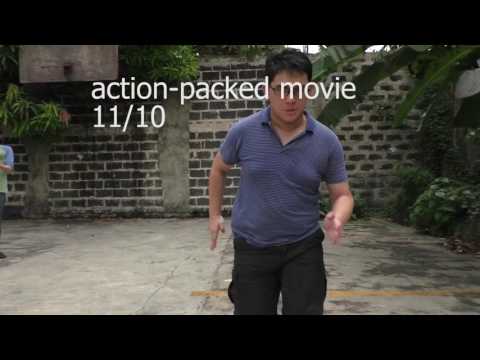